Our story consists of four parts. This is part two: DIY GPS trackers.

This part of our story is quite technical and includes some explanation on the application of microcontrollers for bicycle tracking.

I ordered some microcontrollers and GPS receivers from China, a long time before my bike was stolen. Now, I found a useful purpose for them. I thought to myself: It must be possible to build a GSM / GPS tracker for bikes that doesn’t require battery charging every few days, at best which can be hidden away and doesn’t weigh a kilo.

I ordered a SIM card with 200MB of free data volume per month. Plugged everything together and started writing codes. The software on the trackers typically works like this: The controller wakes up at regular intervals and determines the location, then a connection is established via the cellular network, the coordinates are sent to a server and finally it goes to sleep again. The longer the controller is switched on, the more power it consumes. The more power it consumes, the faster it will run out of battery. Understanding this, I tried to build a tracker that could last for months on one battery charge.

The first optimization was quickly found: Bicycles stand in the same location most of the time. This means, no need to send the location very frequently. So, only send the location to the server when the bike is moving. The location is determined via GPS and takes about 2 minutes. Unfortunately, it does not work indoors and even when I put the antenna outside on the windowsill it was not reliable. How should it work when the device is built into a bike? One problem after the other.

To speed up the location tracking, I used the cell ID of the phone number. This indicates the transmission mast which is currently communicating. Online portals such as OpenCellId can be used to determine the location with reasonable accuracy. I implemented the logic: Same mast, do nothing, go to sleep. If the bike is in the home area around your own apartment, don’t do anything, go to sleep. However, even with this setup it was still not efficient enough.

PROBLEMS WITH GSM / GPS BASED SOLUTIONS

The power consumption of this GPS tracker was still far too high. The battery would not last for months but maybe a few weeks at most. Impractical if you want to mount it to a bike.

What about the GPS reception? Inside buildings? No chance. Bike in the back of a Sprinter? No chance. In addition, the network with the controllers was so bad that I often couldn’t get a connection. Maybe that was due to the free data volume.

I asked myself whether GSM / GPS trackers could really be the solution to my problem. Sure, a final product would use different chips, different antennas, etc., but the fundamental problems remain. As I can’t invest billions in the development of special parts, I decided to let the project rest. 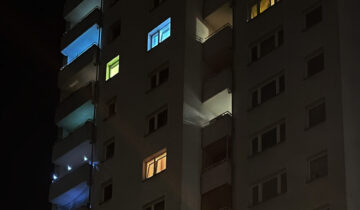 How we got back our stolen bike with an AirTag 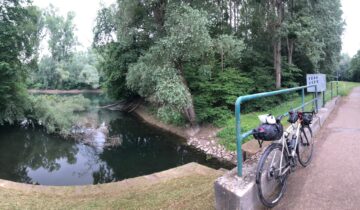